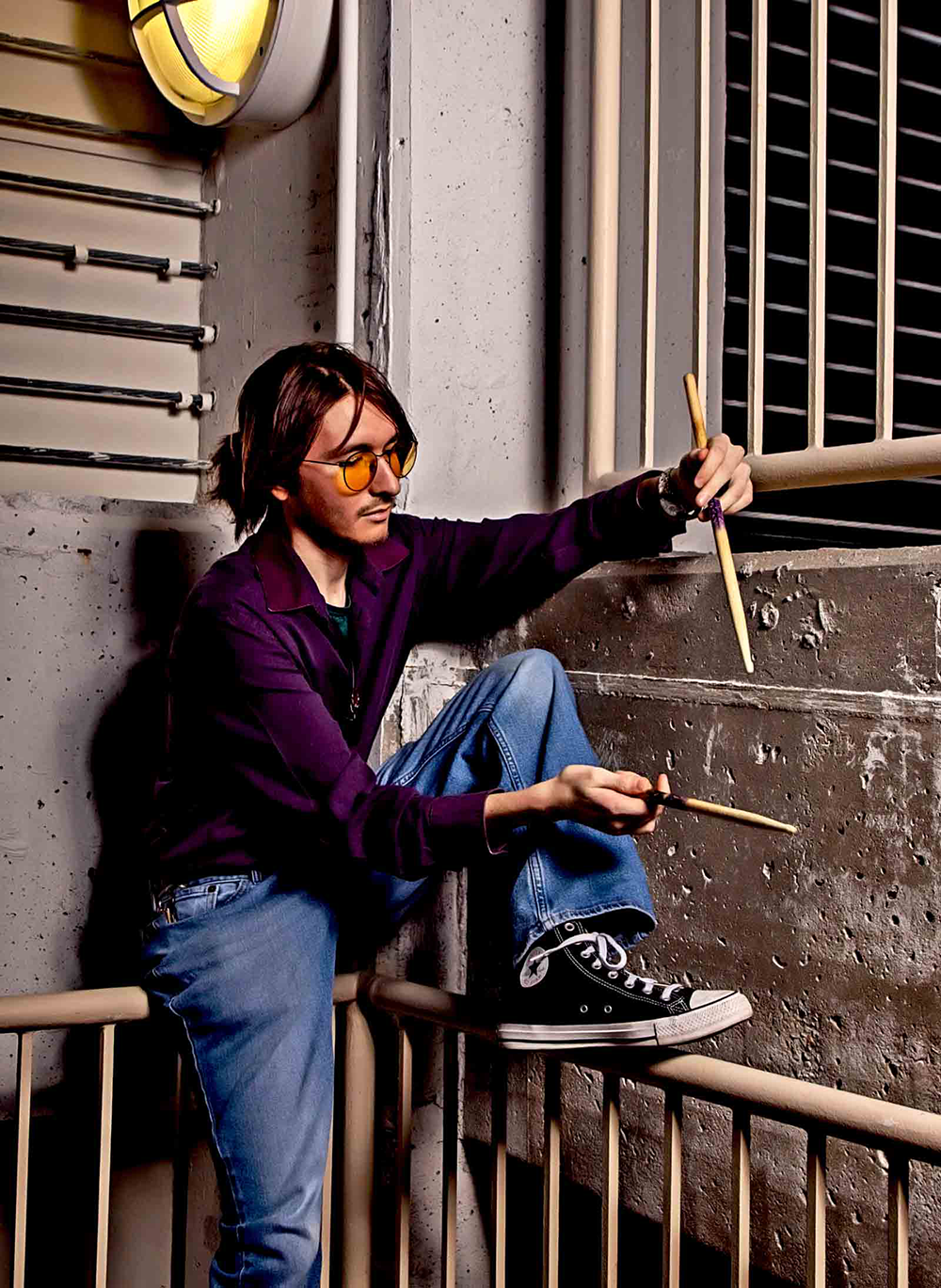 They say some work hard for their talents and others are born with them; Andrew was born and raised as a musician in the rhythm of life and got a start learning how to play percussion when he was eleven years old. After the acquisition of his first drum set in 2004, Andrew started to study and work on honing his skills in both keeping time and rhythms. This influenced him to become a percussionist and join a concert band in middle school. After his graduation from Gulfport High, Andrew attended Mississippi Gulf Coast Community College, where he took the opportunity to join the Jazz Band. During his tenure, he was trained in piano performance, which helped him to achieve his Associates in Arts.

During this time, there was a Christian Rock group called “Malachi” that was formed by Larry Rexford that Andrew helped with, most times to help run sound and work as a drum tech. After the original drummer retired due to health reasons, Andrew joined as a permanent member and was able to help continue the band until the group dissolved. After some time, Larry, alongside keyboardist Bob Wren, asked Andrew if he wanted to join in as their drummer for a small group that wanted to play music live. Already familiar with most of the music and how the musicians performed, Andrew said sure and didn’t look back.

In addition, to having played with both Malachi and The Kiln Billys, Andrew has also performed with the MGCCC Jazz Band, Black Water Bayou, and multiple orchestral and concert groups. Currently, he performs with Crosspoint Church as their lead drummer and occasionally does session recording work with local musicians. As far as drum grip, Andrew swaps between both match and traditional, with the latter being his preferred playing grip.